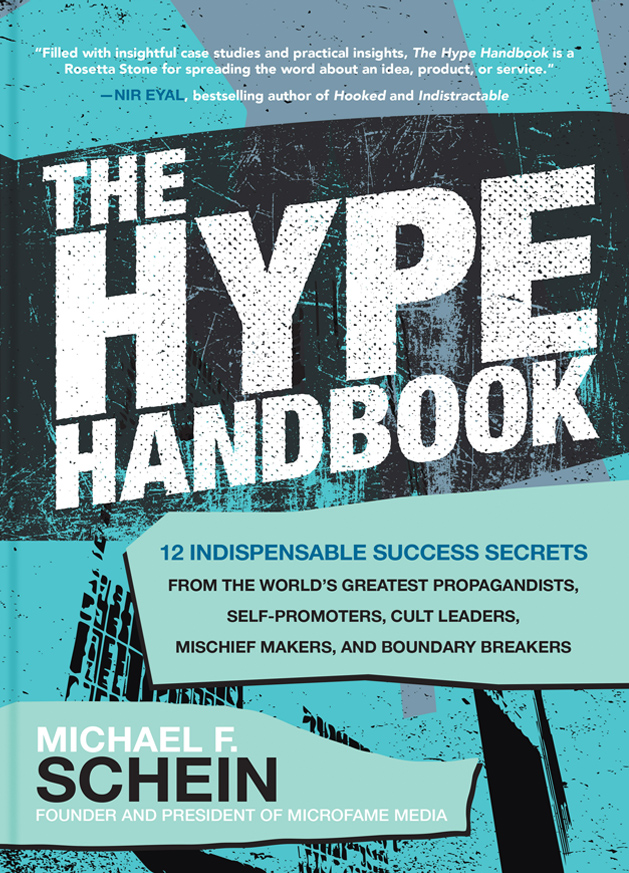 Master the art and science of using shameless propaganda for personal and social good.

Shep Gordon had a problem.
His client Alice Cooper had finally made it in America. Not only that, but Gordon had landed the band the gig of a lifetime—a headlining spot playing the 10,000-seat-capacity Wembley Arena in the United Kingdom. Unfortunately, the band had only managed to sell 500 of these seats, and there was less than a month before the big show.
Gordon had been in a similar spot before. When he had first started working with the Alice Cooper Band in Los Angeles, the mellow Southern California audiences hated the band’s harsh garage rock sound. Never one to be deterred by something as unimportant as actual music, Gordon had pushed for the band to compensate with an increasingly theatrical live show. It wasn’t long before an Alice Cooper performance looked a lot more like a circus freak tent than anything resembling a contemporary rock concert. However, the band wasn’t translating overseas, and a failure on the scale of what was beginning to look inevitable as the Wembley show approached had the potential to upend all his hard work.
Lucky for him, pressure had always spurred Shep Gordon’s best ideas.
A few days before the show, the manager secretly arranged to have a new promotional photo taken of Alice Cooper’s lead singer. But this was no standard press shot. After a good deal of back-and-forth, Gordon convinced Alice Cooper to sprawl nude for the picture with only a boa constrictor covering his most sensitive area.
Next Gordon rented a truck, had the photo blown up to the size of a billboard, and had it mounted on the back of the vehicle. He found a driver who would be willing to risk a bit of jail time to take part in his plan and paid him handsomely to make it worth his while.
It was during rush hour that Shep Gordon lit the fuse on the hype bomb he had so meticulously prepared. The truck drove into the heart of Piccadilly Circus (the most highly trafficked area of London) and “broke down.” London plunged into chaos. A line of cars snaked (no pun intended) for miles out of the heart of Piccadilly. News helicopters broadcast the image to households across the nation, sending respectable Brits into apoplectic fits. Parliament discussed banning the group from the country. Newspapers featured gems like “Ban Alice the Horror Rocker. He’s Absolutely Sick.” As for the kids—they loved it. Alice Cooper’s newest single rocketed to the top of the UK charts. And Wembley Arena—it sold out the entire venue, and Alice Cooper went on to become one of England’s biggest acts.

From his earliest days as Alice Cooper’s manager, Shep Gordon understood that trying to break the band solely on its sonic qualities gave them no advantage at all. The opportunity he saw was in positioning this band of weirdos as the embodiment of the generation gap that was at its height in the late sixties and early seventies. He reasoned that if he could get parents to see Alice Cooper as the antithesis of all the values they held dear, he would get hordes of their record-buying children to rally passionately around the band.
“I wanted to get all the parents in the world hating Alice Cooper,” wrote Gordon in his autobiography, “and all the parents weren’t reading Rolling Stone and Creem. . . We had to jump over the rock media and get Alice in Newsweek and Time and Businessweek and the newspapers and tabloids and evening news, all the places where the parents would see him and be revolted by him.”
In the United States, the manager had made this happen by encouraging the members of the Alice Cooper Band to run with their most polarizing ideas. For example, their shows often featured mock executions, and they once took credit for the accidental dismemberment of a chicken at one of their concerts. Parents were appalled, and kids couldn’t get enough. Gordon’s Piccadilly Circus plot in England was simply an extension of the same strategy.

There is nothing more effective for getting people to rally around a leader than the existence of a common enemy. While this doesn’t mean you should go around calling on people to commit acts of violence or cruelty, you will need to publicly take a bold stand about what you’re against, in addition to talking about what you’re for. Shep Gordon instinctively knew what science has since confirmed. Human beings are driven to define themselves as part of an in-group, which they see as existing in contrast to some “other.” In the case of Alice Cooper, that other was parents. The band members’ antics earned them the outrage of moms and dads everywhere, which is exactly what made kids identify with them so strongly.
During a series of excavations of early human settlements on a promontory off the coast of South Africa called Pinnacle Point, anthropologist Curtis W. Marean developed a theory of why we are so strongly wired to interpret the world in this way. It was there that he uncovered evidence of habitation it would seem was the refuge of the remaining members of our species—a small handful of tribes—that were not wiped out during a mass extinction event. What kept the members of these tribes from going the way of the rest is that they uncovered a dense population of shell-fish in the area. The only real impediment to getting their hands on that food source was the other tribes that were competing for it. Under these conditions, people who had a high propensity to cooperate with those they considered to be like them but to act aggressively to those they perceived were not tended to survive at a higher rate than others.
Once conditions improved, the descendants of these survivors spread to every corner of the globe. Their outlook is now encoded in our internal chemistry. For example, we form emotional attachments as a result of a neurotransmitter called oxytocin. When your brain secretes oxytocin in the presence of someone you are forming a relationship with, you experience a feeling of closeness, warmth, and commitment to that person. But oxytocin has another, lesser-known function as well. The same brain chemical that cements bonding with people inside your circle also causes you to experience feelings of hostility toward those outside your tribe. In other words, on a purely physical level, fomenting an us-versus-them dynamic creates stronger and stronger bonds between the leaders who spark divisions and those that follow them.
Our tribal tendencies may not be rational, but their pull is incredibly strong. If you’re able to accept this facet of human nature, it places you in a powerful position. We live in a society that calls on us to relentlessly sell ourselves. But as the demands on us to self-promote grow more pressing, people are getting better and better at tuning out the self-serving messages they are bombarded with all day long. However, what our brains cannot disregard are messages that tell us to take sides. This is the secret the most effective hype artists understand. A hundred fifty thousand years and eight thousand miles away from the primal refuge where this behavior was born, it continues to alter the course of world history.

Influencers have always deployed the power of hype to get what they want. But never in history have people been so susceptible to propaganda and persuasion as they are now. Hype truly runs our world.

Imagine if you could generate and leverage hype for positive purposes―like legitimate business success, helping people, or effecting positive change in your community. Michael F. Schein teaches you how.

In The Hype Handbook, the notorious marketing guru provides 12 fundamental strategies for creating and leveraging hype for good, including ways to:

Whatever your temperament, education, budget, background, or natural ability, The Hype Handbook delivers everything you need to apply the most powerful tools of persuasion for personal and business success.

A cornucopia of mind-control techniques!

And...a blueprint for your very own secret society!

“The non-self-promoter’s guide to self-promotion and idea amplification. A must-read for anyone in search of an audience.”
– Kaja Perina, Editor-In-Chief, Psychology Today

“This book provides a wealth of new insights into why people behave the way they do, even when that behavior seems irrational or  counter productive. The Hype Handbook has taken its place on my  bookshelf right alongside the other classics on persuasion and human  nature.”
– Jonah Berger, NYT bestselling author of Contagious and The Catalyst  (and Wharton professor)

“Want to be the next Elon Musk? Innovators today must not only create  amazing products – they must rise above the noise to sell them. These  stranger-than-fiction stories and mind-bending concepts will show you  how!”
– Frans Johansson, CEO of the Medici Group and author of The Medici Effect

“I was pleasantly surprised to see The Hype Handbook advance an idea – I’ve built my life around – that interpersonal relationships are at the core of all forms of success. Anyone who wants to rise to the top in business, or any other endeavor, needs to pick up this book!”
– David Siegel, CEO of Meetup

“Filled with insightful case studies and practical insights, The Hype Handbook is a Rosetta Stone for spreading the word about an idea, product, or service.”
– Nir Eyal, bestselling author of Hooked and Indistractable

“INCREDIBLE!! AMAZING!! MORE PROFOUND THAN THE BIBLE!! Michael Schein reveals hype for what it is – and shows you the importance of getting your message out, and how best to do it in today’s hyper world.”
– Ric Edelman, Founder,  Edelman Financial Engines, #1 New York Times bestselling author of The Truth About Money

“This is not an exaggeration: This book is brilliant. It’s filled with ingenious tips on how to get the word out. We need more good people like Michael Schein using clever methods to spread pro-social messages. Why should the jerks have a monopoly on propaganda?”
– AJ Jacobs, New York Times  bestselling author of The Year of  Living Biblically and The Know-It-All

The best hype artists never stop learning. Neither should you.

If you would like Michael F. Schein’s recommendations of additional books about propaganda, cult tactics, blatant self-promotion, and various other forms of mischief making, visit hypereads.com/list.